Pyrolysis: The Future of Hydrogen Production 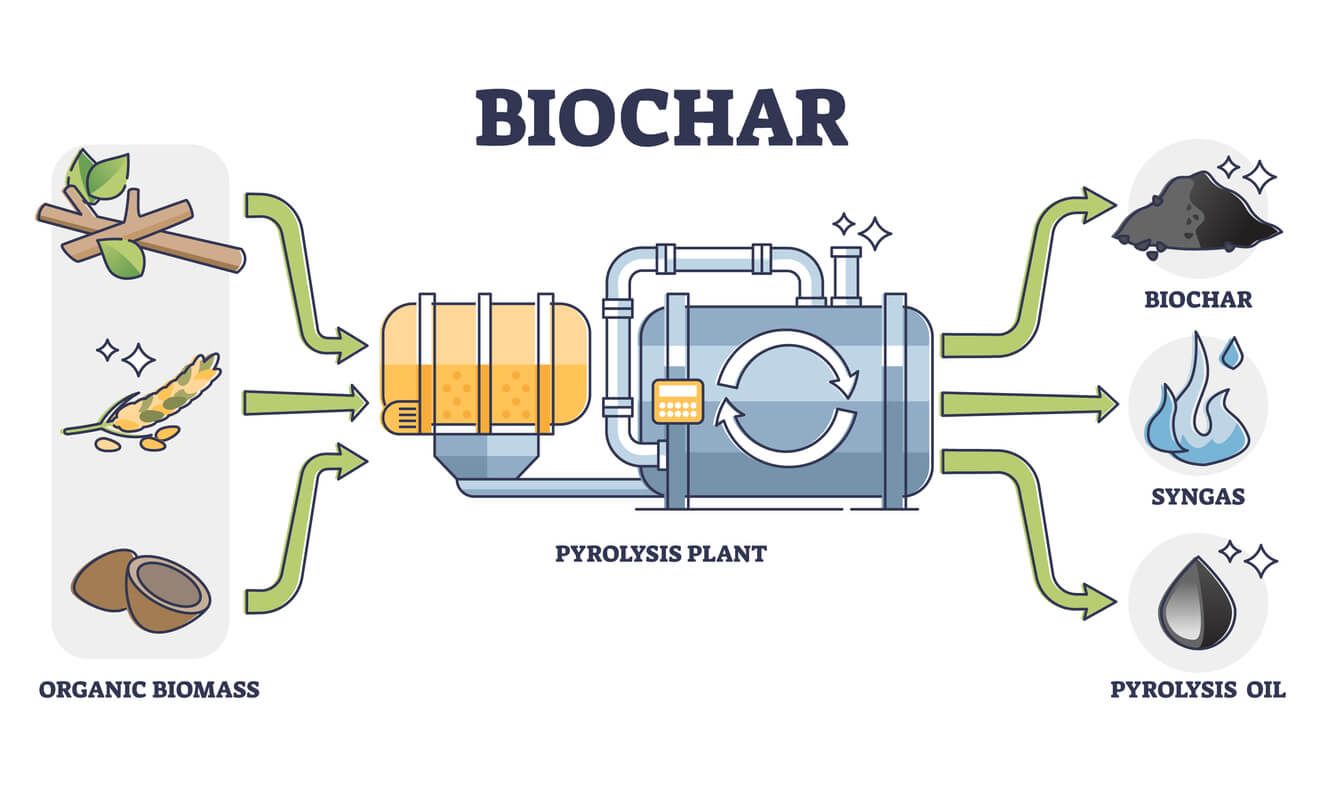 Today we’ll take a closer look at pyrolysis and its future in the renewable fuels industry.

In a nutshell, pyrolysis is a method of thermal decomposition. Biorefineries use high temperatures and pressure to transform organic materials or biomass (like wood, cardboard, crop residues, and animal and food wastes) into solids (char), liquids (tar), and gasses.

As pyrolysis happens in a virtually oxygen-free environment, the waste products don’t burn, eliminating any ecological side effects.

Products created via pyrolysis are virtually indistinguishable from their fossil-based counterparts. While technology is still developing to make the pyrolysis process more efficient and economical, it’s hoped that they will enable us to increasingly replace fossil fuels and move confidently toward decarbonization.

There are three types of pyrolysis: slow, flash, and fast.

Slow pyrolysis (or carbonization) uses lower temperatures to remove water and enhance char production. Slow pyrolysis takes between five and thirty minutes and is used to make charcoal from wood.

Fast pyrolysis is the most widely used form of pyrolysis. It converts biomass solids into liquid bio-oil at temperatures from 1202 to 1832 °F, yielding 60-75% liquid biofuel, up to 20% solid bio-chars, and 10-20% non-condensable gas.

How Does Pyrolysis Produce Hydrogen?

Hydrogen is produced from the decomposition of methane, a primary component of natural gas that’s generated via various forms of pyrolysis. The decomposition process separates menthane into solid carbon and hydrogen, which can then be captured and stored with low GHG (greenhouse gas) emissions.

How Will Pyrolysis Impact The Future of Hydrogen Production?

Pyrolysis presents a golden opportunity not only for bio-refineries synthesizing biomass into usable byproducts, but for mobility and energy companies interested in providing green energy sources.

We predict that waste and energy companies will get increasingly involved with pyrolysis as an alternative renewable energy production method. New pyrolysis facilities producing clean sources of hydrogen are in the conceptual and design phase in California.

Interested in learning more about being on the cutting edge of the renewable fuels industry? Contact FASTECH for more help with building your alternative energy infrastructure.