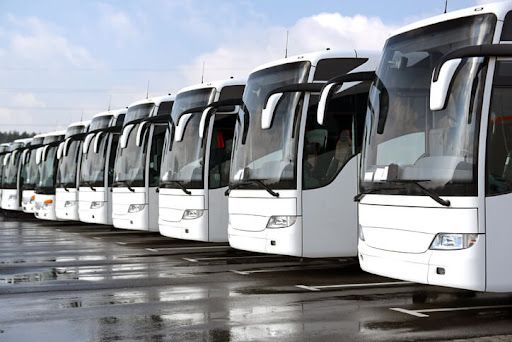 As the US government introduces many climate-positive transportation measures, CNG buses could be the key to reaching new emissions reduction benchmarks and decreasing reliance on nonrenewable fossil fuels.

But what is a CNG bus? Are CNG buses any more environmentally friendly than their diesel counterparts? Throughout this guide, we’ll explore CNG and discuss four key advantages of implementing CNG in bus fleets nationwide.

What is Compressed Natural Gas (CNG)?

Fuel manufacturers create CNG by substantially compressing natural gas. As a result, CNG takes up less than 1% of the volume it did in its original form. But why compress natural gas in the first place?

We’ve mentioned that CNG can be used to power internal combustion engines—thus, they can be used in public transit applications. Let’s explore four significant benefits of incorporating CNG buses into transportation infrastructure.

CNG is markedly cheaper than diesel fuel. For example, in January of 2022, the average diesel price was $3.72 per gallon, while CNG was only $2.49 per gallon.

So, CNG vehicles are much less expensive to operate than their diesel counterparts.

But it’s important to note that CNG buses come at a higher upfront cost. The average CNG bus is between $25,000 and $50,000 more expensive to build than diesel buses. But with over $1.00 per gallon saved on fuel, CNG buses rapidly pay for themselves as the fuel savings grow to offset the increased purchase price.

However, CNG engines are up to ten decibels quieter than comparable diesel engines. While reduced engine noise may not sound like a significant concern, studies have shown that noise pollution can cause numerous health detriments, including:

In addition, the US Environmental Protection Agency (EPA) sets limits on noise sources, including construction equipment, transport vehicles, trains, and more. Municipalities can bolster their compliance efforts by implementing CNG buses, improving the quality of life for riders and residents.

All in all, CNG performs better than diesel fuel in a combustion context. Let’s explore three critical performance metrics:

As alternative fuel becomes more mainstream, is your business prepared to embrace a fossil-fuel-free world? If you’re ready to champion a clean energy future, turn to the experts at FASTECH. We engineer and build end-to-end renewable energy solutions, helping green companies crush their emissions goals.

We can’t wait to usher you into the next generation of energy—let’s start your next project today.