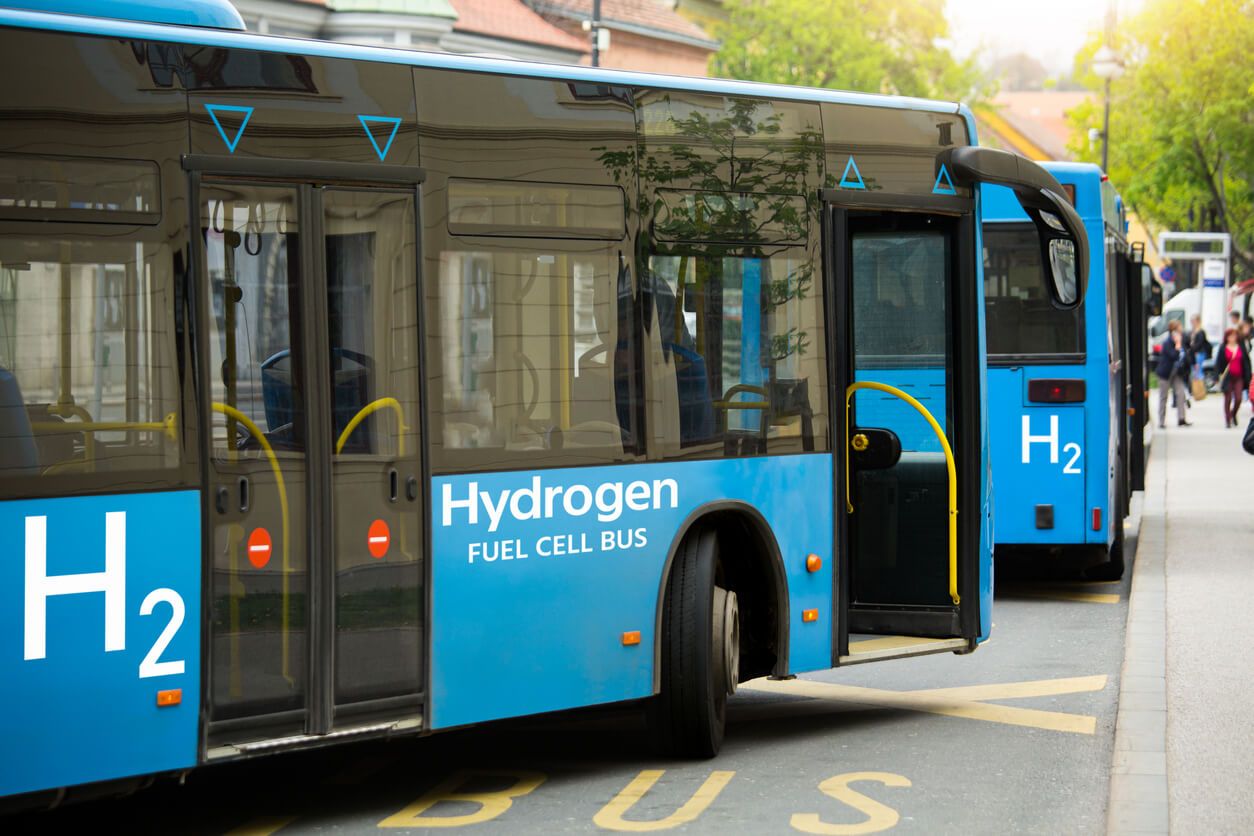 If you’re an environmental advocate, you already know that taking public transit is a greener choice than driving a personal vehicle. However, it’s not enough to settle for existing public transit options if we want to reach our lofty environmental goals and curb climate change. We need sustainable mass transit based on cleaner energy sources, such as compressed natural gas (CNG), hydrogen, and electricity.

Today’s public transportation systems in the United States already save 6 billion gallons of gasoline in a year. To help you understand why improving mass transit is essential to a better future, we’ve put together these six benefits of environmentally-friendly public transportation.

Every car, truck, bus, train, and boat that carries people and goods emits the greenhouses gasses that drive climate change, such as:

By switching those buses, trains, and ferries to environmentally sustainable energy sources, we can reduce total vehicle emissions and slow the effects of climate change. What’s more, for every person that takes mass transit, there’s one less gasoline-burning car on the road.

Vehicle emissions aren’t just bad for the planet, either. Burning gasoline and diesel—especially in crowded urban spaces—can also be hazardous to public health. Emissions from motor vehicles add to the overall levels of toxic pollutants in the air.

Over time, exposure to these pollutants may lead to respiratory conditions, cancer, and more. Alternative options like hydrogen and CNG release far fewer pollutants.

In addition to directly reducing greenhouse gas emissions by burning cleaner fuel, transit agencies can have an indirect environmental impacts on by avoiding imported fuel. In 2021, the country imported 8.47 million barrels of petroleum daily from 73 countries.

These imports have to travel from their countries of origin to the U.S. As you might imagine, moving all of that petroleum is an energy-intensive project. Thousands of gallons of fossil fuel are burned during transportation, releasing more greenhouse gasses into the atmosphere.

By contrast, the U.S. Department of Energy states that all natural gas used in the United States is produced domestically. As such, when cities and transit agencies switch to options like CNG, they help reduce the country’s reliance on imported fuel, which in turn reduces global greenhouse gas emissions.

On a global scale, every nation has a carbon footprint of sorts. And the U.S. has one of the largest of all—second only to China. Because transportation accounts for more than a quarter of the United States’ emissions, propagating sustainable mass transit could have an enormous impact on reducing the country’s carbon footprint.

If every country followed suit, we could make a sizable dent in emissions (after all, transport accounts for one-fifth of total global CO₂ emissions).

At an individual level, sustainable mass transit also helps shrink carbon footprints. Driving a personal vehicle to and from school and work adds a substantial amount of greenhouse gasses to the atmosphere.

According to the Center for Climate and Energy Solutions, switching to public transportation for a 20-mile round trip commute can lower your carbon footprint by 4,800 pounds per year.

Keep in mind that these figures account for public transit as it stands. If we switch to sustainable energy sources, these numbers will be even better, year after year.

Along with the environmental benefits, sustainable initiaves offer financial advantages. While an upfront investment is usually necessary to switch to clean energy, the savings often cover the costs in only a few years.

Vehicles that use alternative fuels are less expensive to operate than diesel vehicles (the type of fuel traditionally used by mass transit vehicles). For example, by replacing diesel buses with CNG alternatives, municipalities can reduce their fuel bills by 10 to 20%.

Switching to an all-electric fleet can also lead to significant savings.

It costs much less to recharge an electric battery than to fill a tank with gasoline. Maintaining and repairing EVs is also more affordable. Because electric vehicles have fewer moving parts than gas vehicles, servicing them is quick and easy.

These savings can then be passed on to commuters to convince more people to take public transit. While the average commuter already saves money by opting for mass transit over vehicle ownership, sustainable options can help increase these savings further.

Switching from diesel and gas engines to CNG or electric options reduces another kind of harmful pollution—noise. For example, a 2017 study on noise exposure from mass transit in Toronto, Canada, showed that riders are often subject to consistent and intermittent sounds loud enough to cause hearing damage.

Other studies have found similar results in other major cities like New York.

And even if the noise pollution caused by current mass transit isn’t hazardous, it’s still annoying. City-dwellers trying to enjoy their lunches in a quiet park don’t want to hear the revving of a diesel bus engine.

One solution is to replace noisy buses and subway trains with quieter, sustainable alternatives. For example, CNG engines are typically ten decibels quieter than diesel engines, while electric vehicles are practically silent.

The public transportation industry already employs nearly 450,000 people in the United States. As more transit agencies switch to sustainable energy sources, many of these jobs will become renewable energy jobs—and many other new positions will appear.

If every city switched to a sustainable mass transit system, there would be an exponential increase in demand for natural gas, hydrogen, and clean electricity. More demand will ultimately lead to a need for more processing plants and site managers—and that means more career opportunities.

Some of the many sectors that would experience growth include:

All of these industries have salespeople, consultants, customer service reps, and so many other employees that come with them.

Best of all, by creating more careers in renewable technology, the transportation industry can start a domino effect that leads to cheaper renewables for everyone. When sustainable tech is more readily available, it’s easier—and more cost-effective—for other industries and consumers to adopt it, too.

As you can see, transforming a city’s mass transit infrastructure from fossil fuel-reliant to sustainable is a worthy but monumental task. Luckily, you don’t have to go it alone.

At FASTECH, we’re uniquely poised to help you take your mass transit system from unsustainable to eco-friendly. We’ve built more than 35 hydrogen stations and hundreds of CNG fueling stations—and we plan to keep building.

Contact us today to learn more about how we can help you reach your sustainability goals.