Clearing the Air: The Promise of Waste-to-Hydrogen Technology 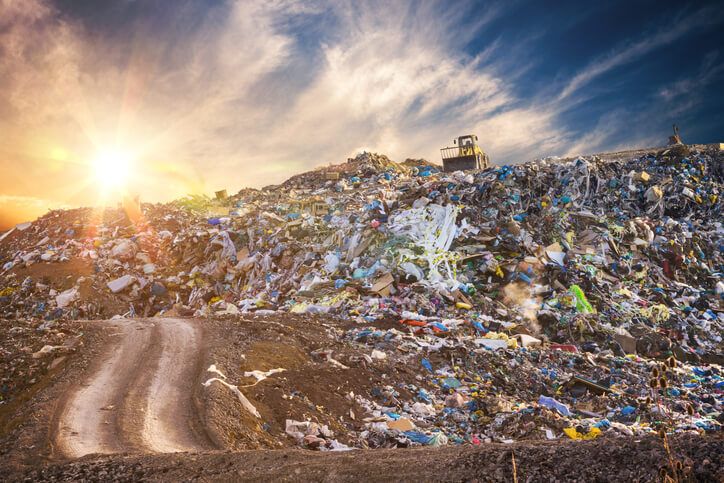 Hydrogen fuel already represents one of the best solutions to reduce our reliance on fossil fuels and pave the way for a zero-carbon future. When burnt, hydrogen fuel only produces water vapor, warm air, and a small amount of nitrogen oxides (NOx). As such, hydrogen emits drastically less than conventional fuels like petroleum, oil, and coal.

However, hydrogen has occasionally come under fire for its less-than-perfect production processes. Some “colors” of hydrogen fuel—such as brown and gray hydrogen—rely on coal and natural gas to generate hydrogen. While the end may justify the means here, the means aren’t ideal.

Fortunately, advances in hydrogen production tech have made true end-to-end sustainability possible. In particular, waste-to-hydrogen technology offers a promising way to transform trash into treasure. With several large-scale waste-to-hydrogen (WtH) plants slated to open in the next few years, hydrogen’s future is looking even brighter.

What Are Waste-to-Hydrogen Plants?

Waste-to-hydrogen plants use cutting-edge technology to turn discarded, unusable materials into clean, ready-to-use hydrogen fuel. Often placed at or near waste collection centers, these facilities may revolutionize the energy and waste treatment industries.

Some of the products that waste-to-hydrogen plants can turn into fuel include:

By processing these materials, WtH plants look to solve not one but two pressing issues:

How Do Waste-to-Hydrogen Plants Work?

Depending on the type of waste used as input, these plants leverage various techniques to convert raw materials to energy. Currently, there are four primary methods of hydrogen production used in waste-to-hydrogen technology (though other novel techniques are increasingly being tested and used).

Two of the most common methods use the following thermochemical processes:

The other two methods use the following biochemical processes:

Regardless of the chemical process used, the result is a clean source of hydrogen that can power transportation, heating, and more.

Although these plants may seem like a pipe dream, several governments and innovative organizations are working to make the waste-to-hydrogen plant a reality. In fact, some hydrogen plants are already in operation.

For a better idea of the practical applications of waste-to-hydrogen technology, let’s look at three existing or upcoming plants.

The Japanese plant is currently converting only one tonne of dried sewage sludge into 40–50 kilograms of hydrogen daily. While that’s only enough to power ten passenger vehicles, it’s a proof-of-concept that shows waste-to-hydrogen technology is viable.

Port Said is one of Egypt’s busiest industrial hubs on the northern end of the Suez Canal. Soon, it will also be the site of one of the world’s largest waste-to-hydrogen projects.

In 2022, Egypt’s Suez Canal Economic Zone (SCZONE) and Germany’s H2 Industries agreed to build a $4 billion waste-to-hydrogen plant in East Port Said. Once complete, the facility will turn an estimated 4 million tonnes of waste into 300,000 tonnes of clean hydrogen every year.

Notably, the plant won’t just process Egypt’s municipal solid waste. Thanks to its prime location next to one of the world’s busiest trade routes, the Port Said facility will have easy access to waste from other countries.

Set to begin operations in 2024, a new WtH facility—jointly owned by Chevron New Energies, Raven SR, and Hyzon Motors—is being built in Richmond, CA. Close to the San Francisco Bay Area, the future plant will transform organic food and green waste into 2,400 metric tonnes of hydrogen each year.

Overall, the plant is expected to keep 99 wet tonnes of food waste out of the landfill per day. That figure translates to 7,200 fewer metric tonnes of CO2 landfill emissions each year.

Putting Clean Hydrogen to Use

Now, all that’s left is to do is bring the hydrogen to the end consumer. At FASTECH, that’s what we do best. With more than 25 years of experience, our expertise in hydrogen infrastructure makes us uniquely poised to bring  hydrogen into the spotlight.

From planning to execution, we help develop end-to-end hydrogen fuel solutions that showcase exactly what the future of hydrogen holds. To find out more, contact us today.