Electrolysis for Hydrogen Production: What It Is and How It Works 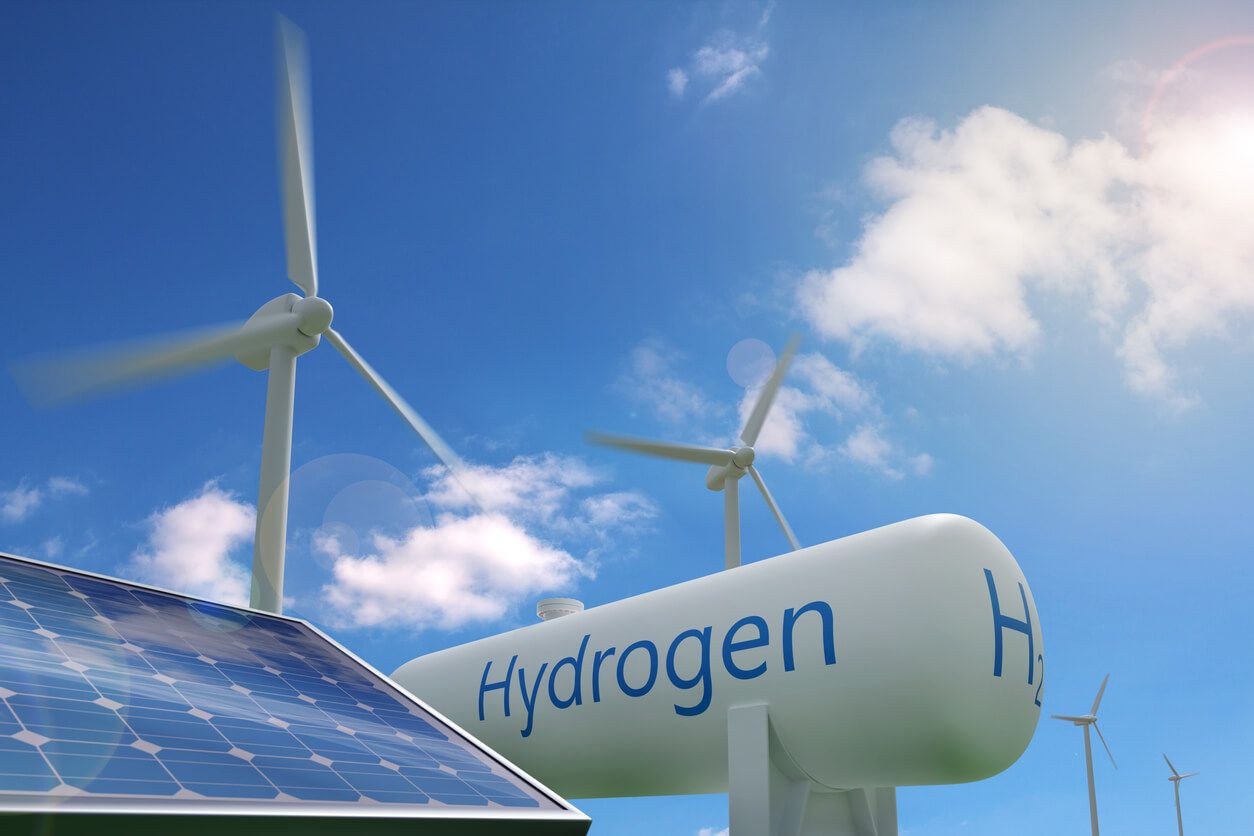 Electrolysis for hydrogen production is becoming increasingly common, accessible, and affordable. But how does it work, and is it a viable option for 100% green energy manufacturing?

In this guide, we’ll explore everything you need to know about using electrolysis for hydrogen production. We’ll answer a guiding question—“What is electrolysis?”—in detail, explain why the process is used to create hydrogen gas, and whether or not the method is practical for the green energy supply.

First, let’s break down electrolysis— the process for splitting a substance into its component elements or compounds.

Except for some gasses, most elements don’t exist in their pure form in nature. Instead, their electrons are bonded to other elements to form complex compounds. Water is an example:

These electron exchanges between atoms and compounds are called chemical bonds. There are three different kinds:

The setup creates an electrical current throughout the system. The power source has two wire connectors, one positive and one negative. When it’s turned on, electrons within both electrodes move towards one electrode (the one connected to the positive wire), and the other electrode develops a positive charge (because it’s missing electrons).

As a result, compounds in the solution split into their component ions and move to the electrode, creating a neutral charge.

To visualize how this system works, let’s explain the electrolysis of water:

In the hypothetical above, we used copper electrodes in a basic electrolysis setup. But hydrogen manufacturers use more advanced configurations to increase efficiency or output:

But if alkaline electrolysis works, why do scientists continue to develop new methods for manufacturing hydrogen gas? In order to make hydrogen production (and widespread adoption as a fuel) viable, the production process must:

While current methods show promise, innovators continue to study and create ways to achieve the criteria above.

Is Electrolysis a Viable Method for Hydrogen Production?

And, scale is crucial for viability as a green energy option:

Why Create Hydrogen via Electrolysis?

So, why is electrolysis the current method of choice for hydrogen production?

And, hydrogen fueling is already growing in popularity. Widespread adoption isn’t a reality yet, but:

Embrace the Future of Hydrogen Gas With FASTECH

Electrolysis for hydrogen production shows significant promise for the future of green energy. As the world continues to decarbonize, hydrogen gas will become even more viable to the world’s power supply—just like other renewables.

If you’re ready to embrace the future of alternative fueling, it’s time to consult with the experts who can make your vision a reality. At FASTECH, we’re leveraging our design, construction, and procurement expertise to create turnkey fueling stations for green energy leaders across the US.

After 20 years in the conventional fuel industry, we have the experience you need to build functional, efficient, and successful fueling stations. We can’t wait to help introduce renewable fueling to your community.