Clean Energy reached out to FASTECH to continue into the final phases of the project: constructing a new ground-up CNG station and demolishing the old LNG station.

The Puente Hills Landfill, operated by the Los Angeles Sanitation District, is one of several sites that uses natural gas for fueling its fleet of maintenance vehicles. The station is also open to the public and other CNG-powered fleets.

Clean Energy needed to build a CNG fueling station to replace the landfill’s existing LNG station, which no longer supported LNG trucks’ fleets. The site had already been modified to provide CNG fueling capacity to the private fleet and public customers.

Clean Energy Fuels is a renewable energy company focused on the procurement and distribution of renewable natural gas (RNG) in the form of compressed natural gas (CNG) and liquefied natural gas (LNG). Clean Energy fuels more than 25,000 RNG vehicles daily across all transportation sectors, from heavy-duty fleets and refuse trucks to transit buses.

How Long Did the Project Take?

FASTECH started construction of the station in parallel with the gas and electrical utilities to minimize the critical path duration of the project. Construction of the CNG station followed a proven schedule sequence that FASTECH has developed over years of work with Clean Energy and the CNG equipment they use in their stations.

After completing the CNG station construction and commissioning the equipment, demolishing the LNG station began. FASTECH did this to maximize the space new public customers had to access the new fast-fill CNG dispensers.

The Los Angeles Sanitation District strives to maximize recycling efforts on all its projects. Therefore, it included recycling goals for the new CNG station’s construction and demolition of the existing LNG station.

FASTECH exceeded the project’s recycling goals and provided a complete documentation package, including dump tickets for all recycled material.

Whether you’re already committed to selling alternative fuel or planning to transition in the future, choosing the right construction partner for your fueling station project is a significant business decision.

At FASTECH, we have over two decades of experience in the energy industry. We specialize in end-to-end solutions, from planning and construction to ongoing maintenance and testing for many types of alternative fuel, including hydrogen, CNG, LNG, and propane. To date, we’ve built more hydrogen stations in California than anyone else. 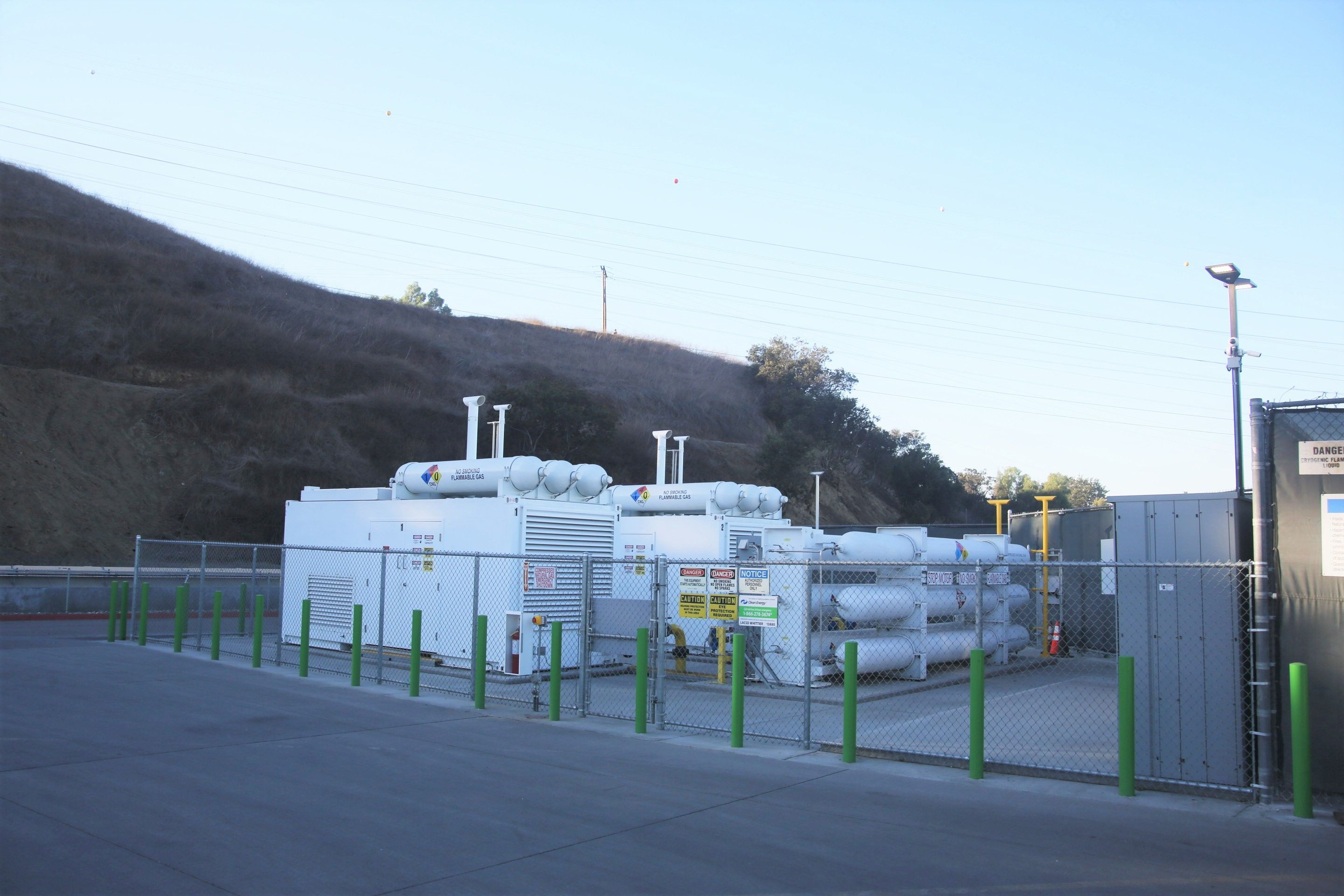 Are you looking for a trusted partner to manage your upcoming energy project, facility upgrade or ongoing maintenance? Let’s work together.