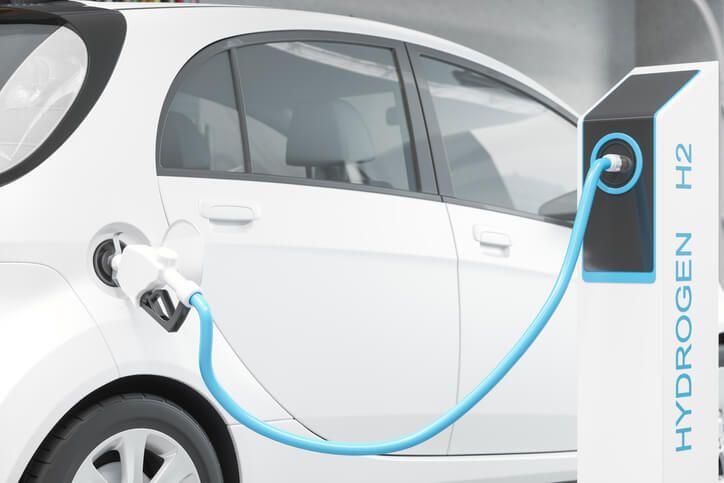 Hydrogen is one of the most popular renewable energy sources today, thanks to producing electrical power without releasing greenhouse gases. With its wide variety of applications, from manufacturing to transportation, the benefits of fuel cell technologies are almost limitless.

Fuel-cell vehicles (FCVs) combine hydrogen and oxygen to create electricity that powers the motor. However, unlike traditional internal combustion engines, hydrogen fuel cells do not produce carbon dioxide or other greenhouse gas emissions, only water and heat.

Today we’ll go over eight advantages of hydrogen fuel cell vehicles and why they might meet your business’s energy needs.

Hydrogen has the highest energy content by weight of any standard fuel. In addition, because of its high density, hydrogen provides excellent energy efficiency. Most internal combustion engines operate around 25 percent efficiency; however, a stationary fuel cell, in a combined heat and power system, can reach efficiency levels over 80 percent.

As one of the most abundant elements in the universe, hydrogen is a uniquely renewable source of energy that can easily support our future zero-carbon needs in all kinds of fueling applications.

Hydrogen can also be easily produced domestically in the United States from waste, biomass, wind, solar, tidal, wave, or geothermal extraction. With so many options for hydrogen generation, the U.S. can carve the path toward a sustainable future while reducing our dependence on foreign oil and other fossil fuels.

The increased adoption of hydrogen as a renewable energy source also directly supports many zero-carbon energy initiatives. For example, NASA plans to use the water produced as a byproduct of hydrogen fuel as drinking water for space crews.

In addition to not releasing greenhouse gases and other undesirable emissions into the atmosphere, hydrogen fuel cells also minimize other kinds of pollution. For example, one of the benefits of fuel cells is that they also do not produce noise pollution, unlike wind power and other renewable energy sources.

Depending on how they’re produced, hydrogen fuel cells have virtually zero carbon emissions, meaning they do not release any harmful greenhouse gases. This almost eliminates their carbon footprint while in use.

One of the significant downsides of electric vehicles is the time it takes to recharge, ranging from 30 minutes to several hours. In contrast, hydrogen fuel cells can be recharged in under five minutes. This provides the same flexibility as a car fueled by gasoline or diesel, making hydrogen fuel cell vehicles more accessible and easy to use.

Because hydrogen can be produced or extracted in many ways, hydrogen fuel cells can reduce the dependency of a nation on fossil fuels to democratize energy around the world.

Energy independence can help countries avoid the problem of soaring fossil fuel prices, enabling them to invest their resources in other areas of their infrastructure.

Prepare for the Future of Hydrogen Cell Vehicles With FASTECH

The future of hydrogen as a go-to renewable source of energy is on the horizon.

With the global hydrogen fuel cells market projected to reach $13.7 billion by 2026, expanding our hydrogen infrastructure is more critical than ever. To date, FASTECH has built over 30 hydrogen stations for leading corporations and energy providers, such as Toyota and Air Products Inc.

To learn more about how FASTECH can help with your hydrogen fueling project, contact us today.