What Is Carbon Capture and Storage? 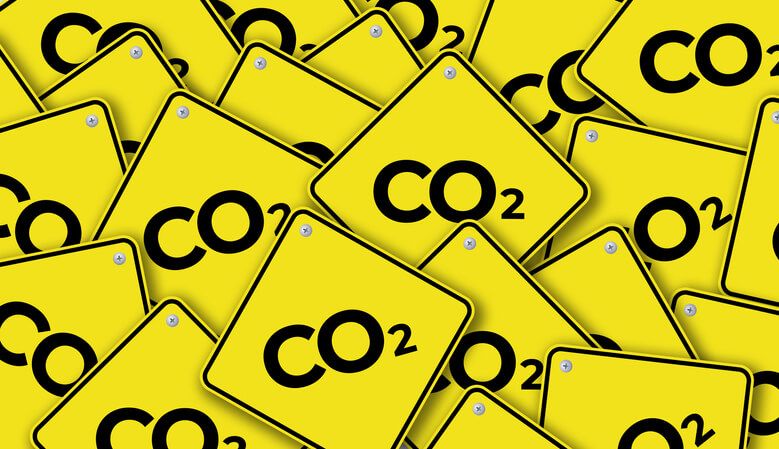 Climate change results from human activity upsetting the long-standing balance of greenhouse gasses (GHG) in the atmosphere, leading to significant temperature increases and weather pattern shifts. According to the EPA, carbon dioxide (CO2) comprises 76% of total GHG emissions in the United States. Therefore, addressing the release of CO2 is necessary to fight climate change.

To mitigate further CO2 emissions and even reverse their release, carbon capture storage (CCS) technologies are crucial. But what is CCS exactly, and how does it work?

What is Carbon Capture and Storage (CCS)?

Essentially, CCS technologies create closed systems that capture CO2 emissions before they’re released into the environment. The captured carbon is typically gathered, has its chemical properties altered, and then stored deep below ground within:

These deep-ground locations act as safe storage sites for carbon emissions, preventing their release (or re-release) into the atmosphere.

Why is CCS Technology Necessary?

More GHG—CO2 in particular—are released whenever we consume fossil fuels like oil, coal, and natural gas. Current measurements place the atmospheric presence of CO2 at roughly 420 parts per million (ppm); however, it’s increasing by approximately two ppm per year, pushing us further away from an identified safe threshold of 350 ppm.

Fossil fuels such as oil, coal, and natural gas should be viewed as deep-ground carbon storage before they’re mined.

When we exhume and burn these fuels without returning the emitted carbon below ground, we’re only moving it from one place to another. But, unfortunately, we’re moving it into the air around us, resulting in detrimental effects.

For example, if evaporated water never rained back down as part of the water cycle, we would gradually consume all water on Earth. In contrast, our fossil fuel consumption reflects the reverse process—we’ve traditionally ignored the release of GHGs, allowing them to accumulate steadily.

In effect, we’re not taking the trash out but merely letting it pile up around us at a rate that’s accelerating our approach to disaster. “Out of sight, out of mind” has been our default approach for far too long.

What is Direct Capture?

Even though CCS with 100% efficiency would stop the further release of CO2, we must also remove the existing atmospheric GHG to reach that 350 ppm safe threshold. So while we’ve started “taking out the trash” and preventing further build-up, we can’t simply ignore what’s accumulated.

Unfortunately, CCS applications don’t currently extend to anything remotely approaching all fossil fuel consumption. And fossil fuels are projected to remain a dominant energy source for the next few decades.

According to the Intergovernmental Panel on Climate Change, CO2 emissions across notable industries per year roughly amount to:

In addition to integrating CCS technologies, we must also utilize “direct capture” processes to extract the CO2 that’s already escaped into the atmosphere and will continue to do so.

CCUS (carbon capture, utilization, and storage) refers to innovations and processes that attempt to use captured CO2 as a beneficial or neutral input to provide additional safe storage repositories.

CCUS provides another means to recycle the carbon emissions we capture, rather than just storing them below ground.

How Does CCS Work?

We can break CCS processes into two stages:

In most instances, carbon capture requires systems and processes integrated with industrial activity that sequester CO2 from other byproducts via solvents, sorbents, and membranes.

Three primary methods are used, with varying applications and benefits:

These processes can be made even more sustainable by utilizing electrical energy from solar or wind sources.

Once captured and refined, the CO2 is most often stored deep below ground as a supercritical fluid. This means bringing the CO2 to temperatures and pressures above 88oF and 1,057 psi, respectively. In this state, the CO2 takes up less volume and is dense enough to remain below the Earth’s surface.

When CO2 is buried deep underground, natural temperature and pressure will maintain the supercritical fluid state without any additional effort.

However, the density of CO2 compared to other liquids that may be present deep below ground may be less, resulting in greater buoyancy and upward force. Therefore, supercritical CO2 fluid must be trapped to keep it stored.

CO2 trapping can be performed via:

We can complete the carbon cycle that we’ve been ignoring for too long with these different trapping methods.

Carbon capture and storage technologies provide an extremely promising pathway forward to address GHG emissions. However, there are still hurdles to overcome before widespread, efficient, and cost-effective adoption is achieved, including:

While CCS innovations have been promising and represent one aspect of a comprehensive strategy to combat climate change, innovations and information will be needed to increase adoption and support further.

At FASTECH, we’ve been committed to the sustainable energy transformation necessary for fighting climate change for over two decades.

Reach out to discover how we can help you with your renewable energy infrastructure projects.