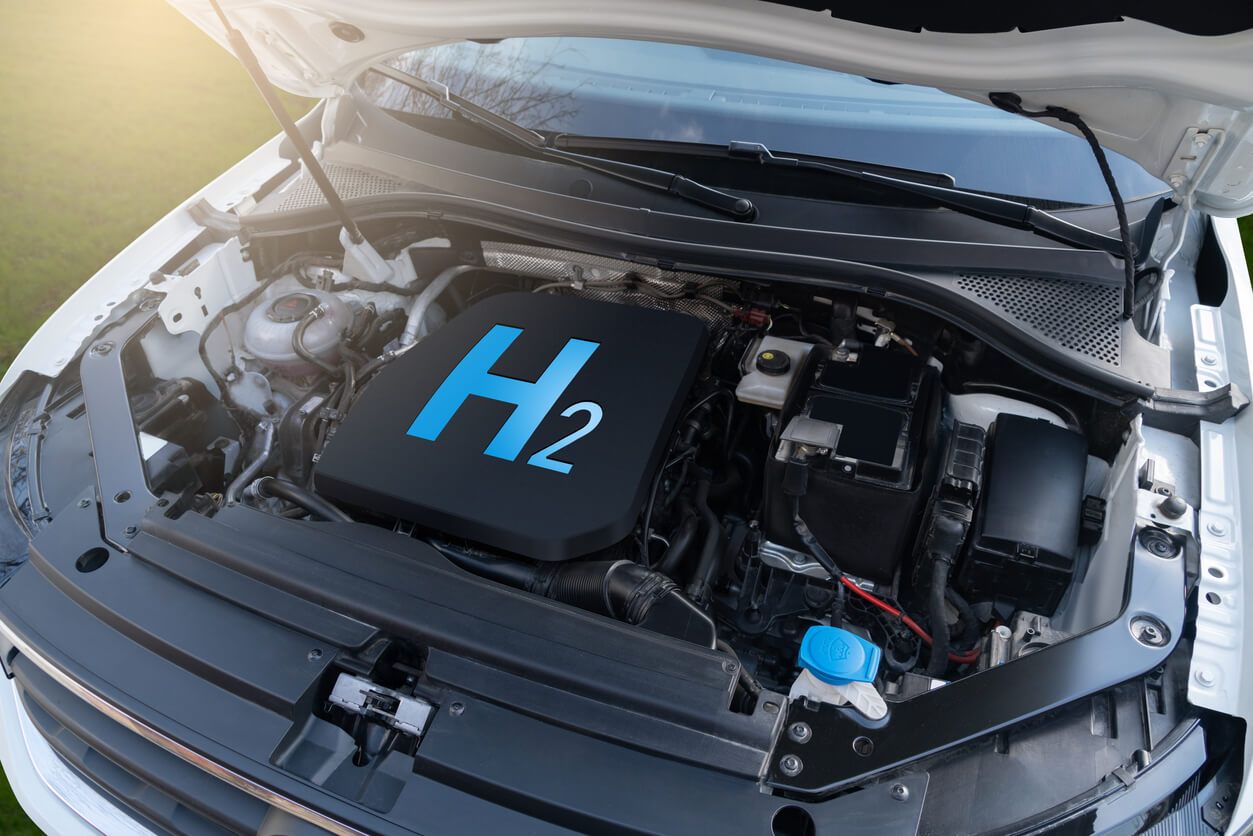 We’ve come a long way since the early days of the automobile. From 18th-century steam-powered behemoths to gas-guzzling modern supercars, vehicles and their fuel sources have progressed throughout history. Recently, another shift has begun. Now, vehicle manufacturers use hydrogen fuel cells to propel personal transportation forward.

Admittedly, the idea of a hydrogen-powered car is nothing new. More than 200 years ago, the first internal combustion engine ran on hydrogen and oxygen. But these new models are different. Hydrogen fuel cell electric vehicles (FCEVs) are ultra-efficient, converting pure hydrogen gas into electricity without producing any harmful tailpipe emissions.

This carbon emission-free technology has caught the attention of some of the auto industry’s biggest players. In this guide, we’re looking at some vehicle manufacturers betting on hydrogen to drive sustainable mobility forward.

Believe it or not, Toyota has been working on fuel cell vehicles since 1992 and selling them as the Toyota Mirai since 2014. The Mirai was one of the first mass-produced hydrogen-powered cars to hit the road.

But these days, the Japanese vehicle manufacturer has shifted its sights to a different market: Pickup trucks.

In December 2022, Toyota announced its plans to develop a hydrogen fuel cell version of its best-selling Hilux pickup. Prototype production is slated to begin in 2023 at the company’s manufacturing plant in Derbyshire, UK.

Only a little is currently known about the new Hilux FCEV. However, with funding from the UK government and support from various industry leaders, the truck is destined for success. The hydrogen-powered Hilux will be ready for small-scale production if all goes well with prototyping.

Along with the Mirai and the new Hilux, Toyota has also been working on hydrogen buses (the Sora) and heavy-duty trucks. If larger transport vehicles transition to hydrogen alongside commuter cars, we might reach our zero-emissions goals even faster.

BMW has been in the hydrogen vehicle game for some time, with past projects including the i Hydrogen NEXT concept car and the 1 Series Fuel-cell hybrid electric. But in 2021, the German auto manufacturer announced its next focus: An all-hydrogen version of the BMW X5.

The X5 is BMW’s plug-in hybrid SUV; the iX5 appears to be a hydrogen fuel-cell retrofit of this successful model. We won’t have all the facts about specs and features until we move closer to the car’s scheduled release date in Spring 2023. However, some preliminary details are available. So far, we know that the iX5 Hydrogen has:

We’re excited to learn more and see the iX5 in action when BMW finally deems it road-ready.

Hyundai Motor Company also threw its hat in the hydrogen ring with the first fuel cell-powered SUV. In 2018, the South Korean vehicle manufacturer unveiled the NEXO Fuel Cell. Now in its fifth year of production, the Hyundai NEXO has helped eliminate more than 14 million miles of vehicle emissions.

Because the NEXO is in production, we have more details available. Specifications include:

Along with an impressive range, the 2023 NEXO comes with various top-of-the-line features and benefits, such as:

The XCIENT is a zero-emissions cargo vehicle with more than 400 km of driving range. Already on the road in Switzerland, it’ll likely transform the overland shipping industry as it reaches more locations.

Honda is no stranger to hydrogen fuel cell vehicles. Between 2017 and 2021, the Japanese motor company sold a hydrogen-powered version of its Clarity model before discontinuing it due to lackluster sales.

Now, it seems like they’re ready to try it again. In November 2022, Honda announced its plans for a hydrogen fuel cell version of its flagship CR-V model, giving drivers another option in the FCEV SUV category.

At the time of writing, details on the zero-emissions CR-V—set to be released in 2024—are relatively slim. However, here’s what we do know:

In our collective quest to eliminate harmful carbon emissions, hydrogen-powered vehicles represent an exciting opportunity. These pioneering companies see the potential of alternative fuel. And as these fuel-cell vehicles gain traction with motorists, more manufacturers will likely follow suit.

However, hydrogen fuel cell vehicles are nothing without the hydrogen gas that powers them. Therefore, drivers need access to a network of affordable hydrogen filling stations. That’s where the second part of this transition away from gasoline comes in: Hydrogen infrastructure.

At FASTECH, we’re working on it. To date, we’ve helped bring over 35 hydrogen refueling stations into existence, and we’re always planning, designing, and building more. From consulting and compliance to construction and maintenance, we’re involved in every aspect of the world’s transition to hydrogen.