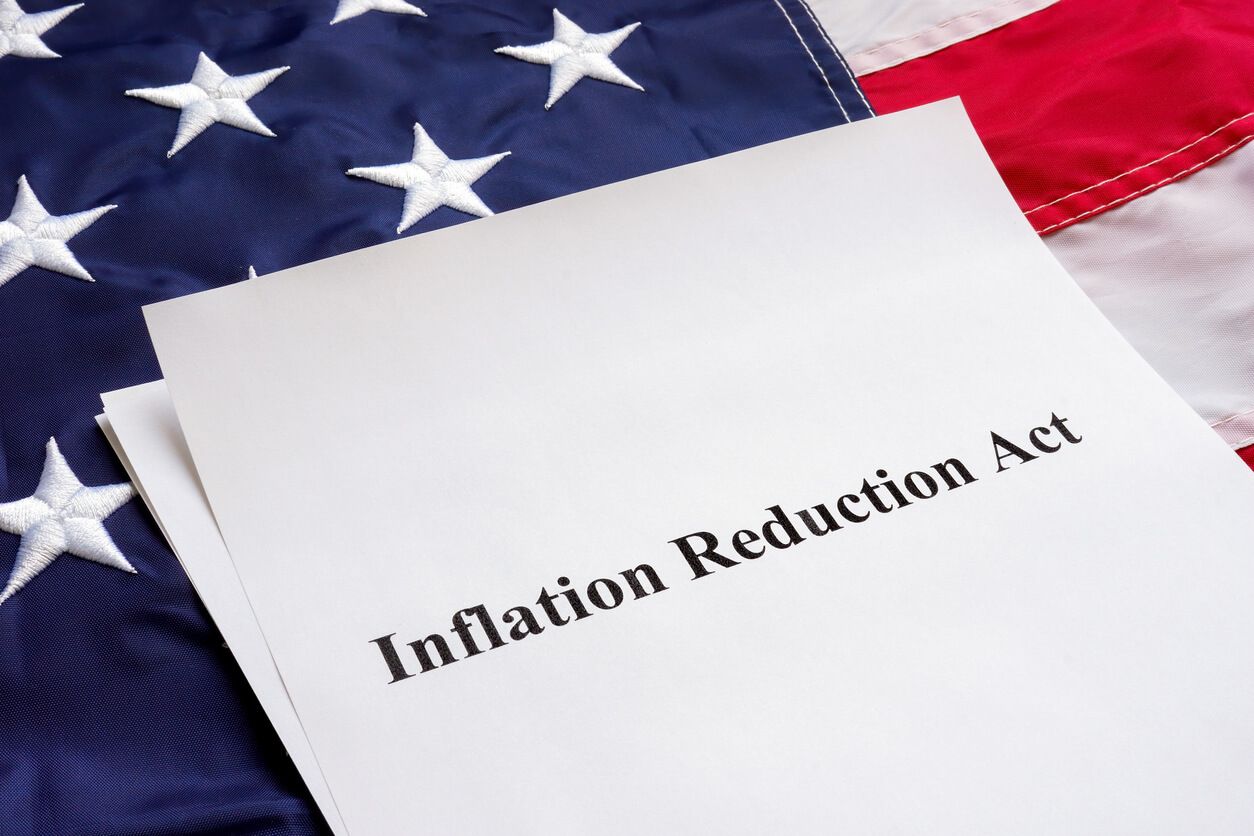 In August 2022, President Joe Biden signed the Inflation Reduction Act of 2022 (also called the US Climate Change Bill or US Climate Bill) into law. This groundbreaking bill promises to invest a significant amount of its allocated spending (about $370 billion) in hitting international climate goals. In fact, it’s the United States’ most ambitious climate legislation to date, aiming to reduce greenhouse gas emissions by 40 percent by 2030.

So what will the long-term impact of the IRA be? First, let’s take a closer look at some of its specifics.

What Are the Components of the Inflation Reduction Act (IRA)?

While the name of the bill aims to “reduce inflation,” its primary investments lean toward energy and climate measures, including:

The Impact of Incentives vs. Regulations

So why focus on tax credits to encourage purchases instead of regulations that could severely impact the operation of carbon-producing industries? As lawmakers rejected the original “Build Back Better” bill, the IRA was more of a “step in the right direction” than a lead foot.

In addition, according to Kent Hughes of the Wilson Center, relying on incentives rather than regulations enables companies to use the best technology available rather than being tied to today’s existing methods.

How Will the IRA Affect Alternative Energy?

Clean energy provisions in the bill will:

Where the IRA Falls Short in Battling Climate Change

One particularly concerning aspect of the new law is that it ties oil and gas extraction to offshore wind leasing for ten years. As a result, the Interior Department will be unable to issue offshore wind development unless at least sixty million acres are leased for oil and gas in the previous year.

In addition, the law states that the Interior Department must lease two million acres of public land for oil and gas drilling before allowing renewable energy development on public land.

What We Can Look Forward To

Besides promoting cost savings in green energy production and consumer purchases, the IRA has a few significant benefits.

With the added investment in renewable energy infrastructure, an increase in alternative energy careers is inevitable. In addition, according to Forbes, the Inflation Reduction Act will create 1.3 million new jobs.

Carbon emissions contribute significantly to poor air quality. Per Forbes, nearly 4,500 premature deaths could be avoided annually due to the IRA’s focus on reducing air pollution via alternative fuels and carbon capture efforts.

The United States Re-Established as a Global Climate Change Leader

The United States’ withdrawal from the Paris Agreement in November 2020 significantly affected global climate change efforts. As the second-largest carbon emitter worldwide, adopting the IRA demonstrates our commitment to emissions reductions and credibility as a leader in climate improvement advancements.

While this new law doesn’t address all the challenges we face in our battle against climate change, it does bring alternative energy initiatives into focus.

If you’d like to play a role in making alternative energy infrastructure a reality, you’ve come to the right place. FASTECH is committed to leading the way in hydrogen, CNG and LNG technologies that are planet greener, cleaner, and more sustainable.

If you’re looking for a partner in end-to-end renewable energy engineering, procurement, construction and maintenance solutions, look no further than FASTECH.

Contact us today to get our project off the ground.