The Colors of Hydrogen, Explained 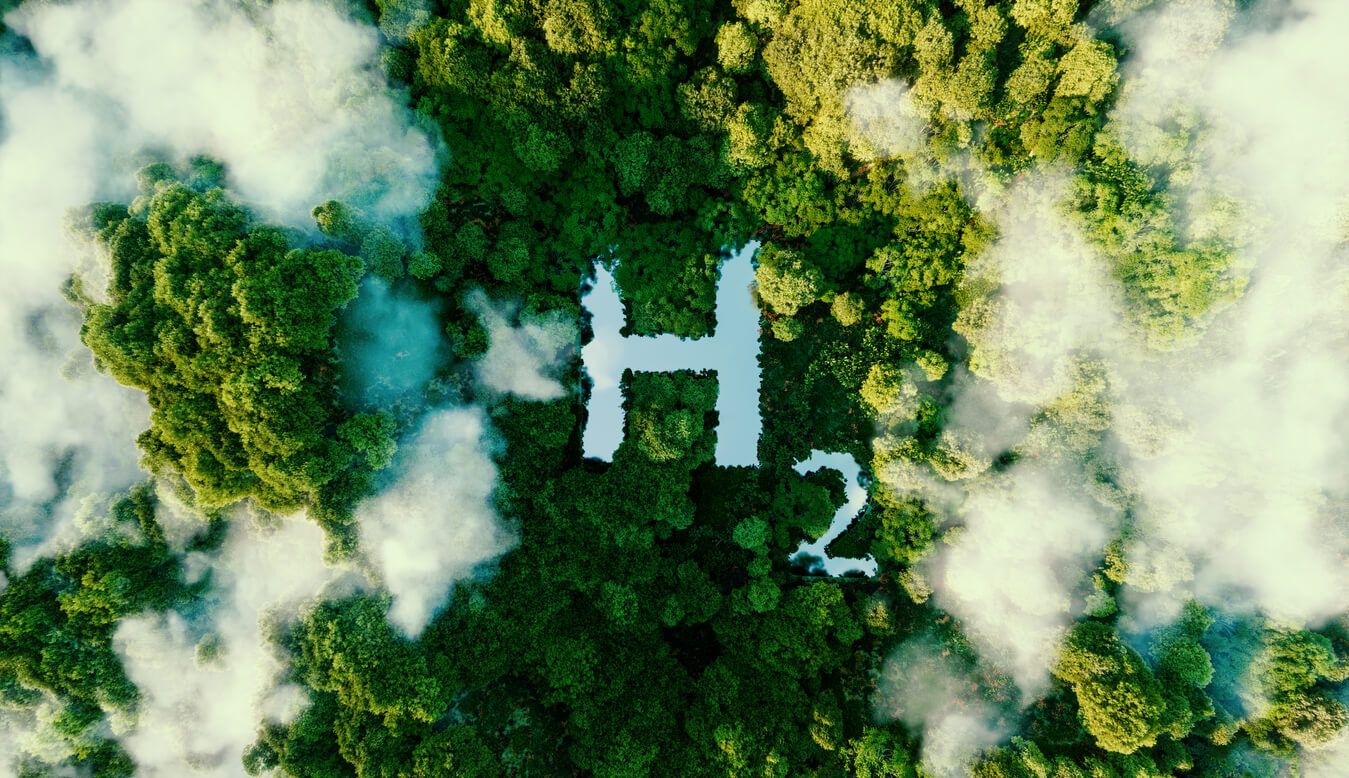 Hydrogen is a renewable energy source that emits zero carbon emissions — only water vapor, electricity, and heat. Although it has many colorful descriptions, hydrogen gas itself is invisible. The “color” of hydrogen indicates how it was produced. So what exactly do all the colors of hydrogen mean?

The energy industry uses the colors of hydrogen to differentiate between them easily. However, there is no official naming convention for hydrogen, so these terms might change between regions and as hydrogen production evolves.

Today we’ll look at the difference between blue vs. brown vs. green hydrogen and other hydrogen production colors.

Blue vs. Brown vs. Green Hydrogen

The colors of hydrogen form a rainbow of alternative energy, but the most well-known types of hydrogen are blue, brown, and green.

Blue hydrogen is made in a process known as steam methane reforming (SMR), in which natural gas is mixed with hot steam and a catalyst. The result is hydrogen, but with carbon dioxide as a byproduct. Therefore, carbon capture and storage (CCS) is a crucial part of the production of blue hydrogen. Once the emissions are captured and stored underground, the process can be considered carbon-neutral.

Blue hydrogen could release methane emissions during drilling, extraction, and transportation, even with proper carbon capture and storage. Although methane has a shorter atmospheric lifetime than carbon dioxide, just one ton of methane has the same impact as 28 to 36 tons of carbon dioxide after 100 years.

Although it is a clean-burning fuel, some forms of hydrogen generate carbon emissions during production. Black and brown hydrogen are often used interchangeably to refer to any hydrogen produced from fossil fuels through the gasification process. However, brown hydrogen specifically comes from coal gasification.

Green hydrogen is a true zero-emissions energy source, often referred to as the future of clean energy. Although many other forms of hydrogen emit greenhouse gases somewhere in the production process, green hydrogen does not. To be considered 100 percent clean energy, green hydrogen must be produced using electricity from renewable sources, such as hydro, solar, or wind power.

In a process known as electrolysis, water molecules are split into hydrogen and oxygen. The hydrogen is extracted as fuel, and the oxygen is then vented into the atmosphere with no negative impact on the environment. The result is a completely clean form of hydrogen made from renewable energy sources without carbon emissions.

Although blue, brown, and green hydrogen are the most commonly known forms, there are many other ways to produce hydrogen.

Similar to green hydrogen, pink hydrogen is generated through electrolysis. But rather than renewable energy sources like solar or wind power, this process is powered by nuclear energy.

Other forms of pink hydrogen include red hydrogen, which uses nuclear power to power the high-temperature catalytic splitting of water. Purple hydrogen combines nuclear power and heat into thermochemical electrolysis.

One of the newer forms of hydrogen production, turquoise hydrogen uses methane pyrolysis to produce hydrogen and solid carbon rather than gaseous emissions. This eliminates the need for carbon capture and storage. The resulting carbon can even be used in other applications, like manufacturing tires or improving soil.

White hydrogen refers to geological hydrogen found in naturally-occurring underground deposits created by fracking. However, there are currently no means to extract this hydrogen.

Hydrogen plays a vital role in the transition to renewable energy. By switching from fossil fuels to hydrogen, industries can drastically reduce their carbon emissions and mitigate the effects of climate change. Learning the colors of hydrogen is a helpful tool for differentiating the various hydrogen production methods.

As a leading provider of hydrogen fueling infrastructure solutions, FASTECH has built over 30 hydrogen stations for leading corporations and energy providers like Toyota. Our end-to-end services include design, engineering, construction, maintenance, testing, and compliance for each project.

Contact us today if you’re looking for a trusted partner for your upcoming energy infrastructure project.