The Pros and Cons of Biofuels: Are They a Sustainable Renewable Fuel Option? 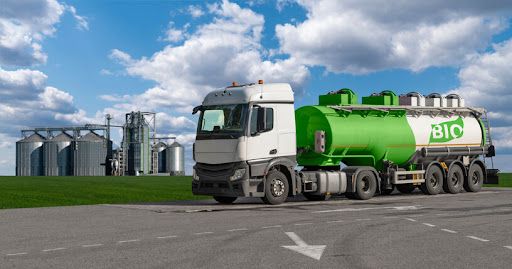 Most US drivers are familiar with corn-based, ethanol-gas blends (like E85). On the surface, these and other biofuels providing a renewable substitute for gas and diesel (and a reduction in greenhouse gas (GHG) emissions) seem like a massive positive!

However, the reality becomes a little more complicated once you begin weighing the pros and cons of biofuels. Still, the overall advantages of today’s widely available biofuels shouldn’t be understated. They provide a near-term solution for achieving decarbonization goals. However, further research and development will be needed to reach economies of scale and long-term usage.

“Biofuel” is an umbrella term that describes any fossil fuel alternative produced from plants and crops. Different examples of biofuels include:

Further biofuel development occurs continuously, so additional alternatives may soon be widely available. Today, ethanol comprises 82% of all biofuel consumption and 12% of biodiesels.

What Plants and Crops are Used to Make Biofuels?

Generally, the vegetation used to create biofuels consists of:

Outside of these main sources, biofuels can also be created from manure, food waste, straw, or algae.

The primary advantages of biofuels are reductions in fossil fuel production and consumption, along with all their associated negative externalities.

Because biofuels are mostly plant-derived, they’re considered a form of renewable energy. The primary crops used in their production can be grown virtually anywhere and repeatedly. Compared to the limited supply of fossil fuels, biofuels will not run out.

From “farm-to-tank,” biofuels are more efficient to produce and deliver than fossil fuels.

For example, the “well-to-wheel” and “biomass-to-wheel” efficiencies (i.e., the ratio of fossil fuel energy used during extraction or production, refinement and transportation to usable energy in a vehicle) compare as follows:

When comparing the cost-effectiveness of biofuels to conventional fossil fuels, blended options provide the most affordable choice for consumers. Pure fossil-fuel-based gas or diesel and pure biodiesel are both more expensive than blends, as of January 2022:

Although government subsidies affect current prices, demand growth for biofuels will create economies of scale and production efficiencies that will lower prices further.

One of the primary advantages of biofuels is that their use in current gasoline (i.e., spark-ignition engines) and diesel (i.e., compression-ignition engines) vehicles allows for operation without any adaptations, retrofits, or replacements.

The availability of biofuels is effectively unlimited, as they are produced from renewable sources—plants.

From the consumer’s perspective, there are 5,004 stations in the US and Canada that provide biodiesel (20% blend or higher) and E85 gasoline. Although these biofuels are accessible for large segments of both countries’ populations, availability will increase alongside adoption and demand.

When it comes to GHG emissions, biofuels provide enormous improvements over fossil fuels.

According to the Energy Independence and Security Act of 2007, the GHG reductions per type of biofuel compared to fossil fuels must meet specific thresholds:

The GHG reductions achieved by biofuels present their most significant advantage over fossil fuels.

CO2 aside, transitioning to biofuels will inherently decrease overall pollution, particularly for airborne particles such as nitrous oxide (NOx) emitted by diesel.

Pure biodiesel and ethanol are both biodegradable without any harmful effects. So, any amount blended with fossil fuels will result in pollution reductions.

Despite the advantages biofuels offer, research and development will need to advance to the third or fourth generation (i.e., sourced from algae) to maximize them. Until then, biofuel production can still be harmful to the environment.

Government subsidies are needed for biofuels to remain price competitive with fossil fuels because their production costs remain high. For example, the soybean oil used to create some biodiesels is projected to increase in price by 4% in 2022.

The excessive use of fertilizers raises nitrogen, phosphorus, and other chemical levels in surrounding environments—particularly NOx. These levels are especially dangerous when soil is carried by water runoffs and may enter new ecosystems or drinking sources.

Aside from the resource demands biofuel sources require, many of these crops also contribute to global food supplies. With biofuel and food industries competing over the same resource, prices will rise, and availability will decrease.

However, it should be noted that later generations of biofuel advancement are targeting sources that will not compete with food supplies (e.g., algae).

Even establishing farms that produce agriculture for making biofuels requires massive land-clearing efforts that will damage ecosystems worldwide. For example, to meet palm and soy oil demand alone, it’s estimated that nearly 11 million hectares will be damaged between tropical deforestation and peat drainage.

The same study evaluated the deforestation and ecological effects of meeting global energy demands via biofuels also estimated that these efforts would increase CO2 production by 11.5 billion tons.

Biofuels are inherently more sensitive to low temperatures than fossil fuels. When storing biodiesel through cold winters, diesel from fossil fuel sources must be blended in. In part, this is due to increased water presence in the fuel—10-15 times higher than conventional diesel—which affects freezing and combustion temperatures imperative to engine performance.

While biodiesel provides a much-improved alternative to conventional fossil fuels in the near term, the energy source is not without its challenges. As a result, continued research and development are needed to lower prices and adjust to the negative impacts.

However, there’s no reason to stop considering renewable energy beyond the pros and cons of biofuels. Multifaceted climate change and decarbonization solutions require complementary approaches—from biofuels to green hydrogen and more.

At FASTECH, we’re a leading energy solutions provider focused on reaching climate change goals and creating a more sustainable future. Contact us to learn more about how we can help with your next energy project.