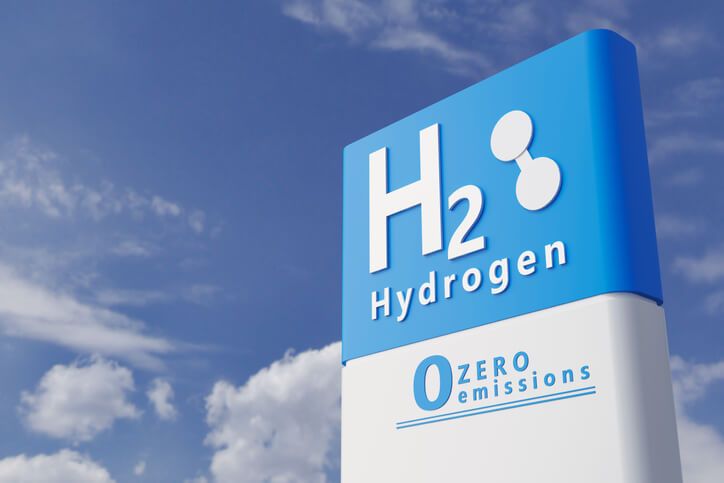 Hydrogen fuel cell technology is one of the latest developments in renewable energy. But, as with many emerging technologies, many people have wondered, “is hydrogen fuel safe?”

Although hydrogen burns differently than gasoline, it is just as safe. Traditional internal combustion engines can be more dangerous because the average gasoline tank can hold three to four times as much as a hydrogen tank.

Today we’ll review hydrogen safety and what lies ahead for the future of hydrogen-powered vehicles.

Hydrogen gas is the most abundant element in the universe and the lightest of all gasses, weighing 14 times lighter than air.

Like any fuel, hydrogen is not guaranteed to be 100 percent safe. However, hydrogen is often safer than conventional fuel options. Hydrogen is:

Where Does Hydrogen Come From?

Hydrogen can come from many sources. Today, 95 percent of hydrogen produced in the United States comes from “reformed” natural gas. In addition, renewable sources like solar, wind, geothermal, and biomass are common to produce hydrogen.

Hydrogen can be produced by separating hydrogen molecules from water at onsite hydrogen fueling stations. However, most hydrogen fuel is extracted from natural gas in hydrogen processing plants which also serve the oil industry.

Hydrogen is compressed to 10,000 pounds per square inch to become fuel, then chilled to prevent expansion.

Are Fuel Cell Vehicles On the Horizon?

According to Reuters, most automakers have stopped pursuing fuel cell vehicles for the consumer market. However, Toyota, Hyundai, BWM and Audi are still developing fuel-cell passenger vehicle prototypes in tandem with their electric car lines.

Compared to electric vehicles, a typical hydrogen fuel cell vehicle has a longer driving distance, carrying enough fuel for 250 to 350 miles. Its tank can also be refilled in just a few minutes, eliminating the time-consuming recharge time of electric cars.

The extended driving range and fuel economy make hydrogen an ideal option for alternative-fuel fleet vehicles like large sedans, SUVs, and pickup trucks. In addition, as batteries for commercial electric fleets are quite heavy, hydrogen fuel cells seem to be a reasonable -- and economical -- replacement.

How Will Vehicles Get Hydrogen Fuel?

The expansion of hydrogen fuel cell cars depends on the hydrogen infrastructure, which is limited but growing. As of mid-2020, there are about 43 retail hydrogen stations in the United States. In addition to retail stations, which anyone can use, there are also private stations for fleets, demonstrations, and research.

Hydrogen tanks are fast and easy to refill, just like a gas tank, so there’s virtually no learning curve. Therefore, consumers should have a similar experience at hydrogen refueling stations as at gasoline stations. In fact, most hydrogen pumps are being added to existing gasoline stations.

Hydrogen is expected to reach almost a quarter of global energy consumption by 2050, with international government policies supporting it. Growing concerns around global climate change, fossil fuels and energy independence have promoted the need for efficient, versatile alternative energy sources.

FASTECH has built more than 30 hydrogen stations for leading corporations and energy providers, including Toyota and Shell. Our end-to-end hydrogen infrastructure solutions include consulting, construction, maintenance, testing, and compliance to ensure your project meets the highest standards.