BP Is Betting on Hydrogen: What This Means for the Future of Fuel 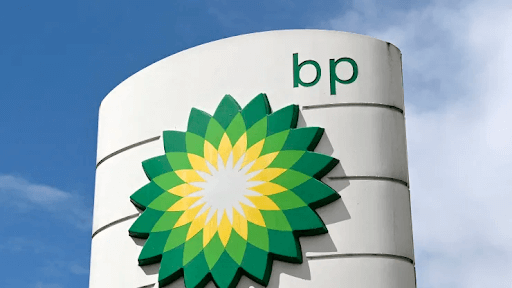 In June 2022, BP announced its agreement to take a 40.5% stake and operatorship in one of the world’s biggest green hydrogen projects. Per the company’s press release, the Asian Renewable Energy Hub (AREH) is a Western Australia-based mega-project that, when fully operational, will be able to produce more than 1.5 million tons of green hydrogen per year (along with solar and wind power).

BP has supplemented this news with more hydrogen-focused announcements throughout the year. For example, the company plans to expand and diversify its hydrogen division, adding another 100 people to an already sizable department. In November, it also signed an agreement with the government of Mauritania to begin exploring large-scale green hydrogen production in the country.

Clearly, BP sees hydrogen as vital to a greener, cleaner future. But what does the company’s shift toward hydrogen fuel mean for the rest of the industry and the world? Let’s take a closer look at the future of hydrogen fuel and BP’s role in the transition.

So, a British oil and gas company declared its support for hydrogen. So what?

In short, BP is an industry-leading oil and gas company with a global footprint. Now it’s leading the sustainable energy charge, with hydrogen playing a significant role. But it wasn’t always a proponent of green technology.

BP is a century-old global corporation that built its fortune on unsustainable non-renewables like coal, oil, and gas. For a long time, the BP name was synonymous with environmental issues. For example, the Deepwater Horizon oil spill (the largest in history) stemmed from a BP-operated rig.

But the BP operating today is not the same as it was 100, 25, or even five years ago. Leadership changes and new investments have brought about a strong commitment to renewable energy.

The “new” BP—the one doubling down on hydrogen production and investment—is reshaping the future of fuel. With a vision to be a net zero company by 2050, BP is betting on renewables—and hydrogen is a crucial part of the equation.

Ultimately, BP’s stance on hydrogen matters because it shows what’s possible. If a legacy oil and gas corporation can transform itself into a net zero company, businesses worldwide can make similar pledges.

Forcing An Inevitable Transition to Hydrogen

BP’s announcements don’t just signal philosophical changes in the energy industry. The company’s bet on hydrogen fuel will substantially affect how the world moves and operates.

When a corporation of BP’s size makes a statement, people and industries listen. Because, in many ways, they have to, as BP is a corporation with undeniable sway. With more than 40,000 suppliers in 70 countries—not to mention millions of downstream customers—BP is one of the few non-governmental entities that can effect meaningful, sweeping change just by changing the way it does business.

By adopting hydrogen-forward policies, BP accelerates the inevitable transition toward hydrogen fuel and other green tech from every angle. Suppliers must comply with BP’s sustainability demands or risk losing their contracts.

Meanwhile, customers and businesses follow the industry. If hydrogen fuel becomes a viable replacement for gas, the average consumer will have to make the switch.

And these changes can have far-reaching effects beyond BP’s customers and partners. For example, if BP can invest in hydrogen fuel production and other technologies while remaining profitable, it will pave the way for other energy companies, cities, and corporations to do the same. The result is a leap forward for all sustainability initiatives.

Hydrogen as the Fuel of Choice: Effects and Opportunities

With BP’s commitment to hydrogen (and similar statements from other industry leaders), the future is looking bright for hydrogen as a sustainable fuel source. Here are some of the potential effects of BP’s expansion of hydrogen projects:

BP’s attitude toward hydrogen may also have unforeseen positive effects on other industries—and the push for green technology in general. Time will tell, but hydrogen looks to be a massive piece of the zero-emissions puzzle.

Embrace the Future of Hydrogen With FASTECH

In the context of the energy and fuel industries, BP’s decision to embrace hydrogen will likely help the world reduce its reliance on fossil fuels and shrink global carbon emissions. But from a more general perspective, BP’s commitment to sustainable hydrogen fuel shows that any company—regardless of size or operations—can alter its course and do its part in combating climate change.

If you’re ready to make a change and embrace hydrogen fuel, FASTECH can help. Our experience in hydrogen infrastructure uniquely positions us to create end-to-end hydrogen fuel solutions. With 35 hydrogen stations already built and more on the way, we’re helping to show the world why hydrogen is the future of fuel.

To find out more about our design and construction services, get in touch with us today.